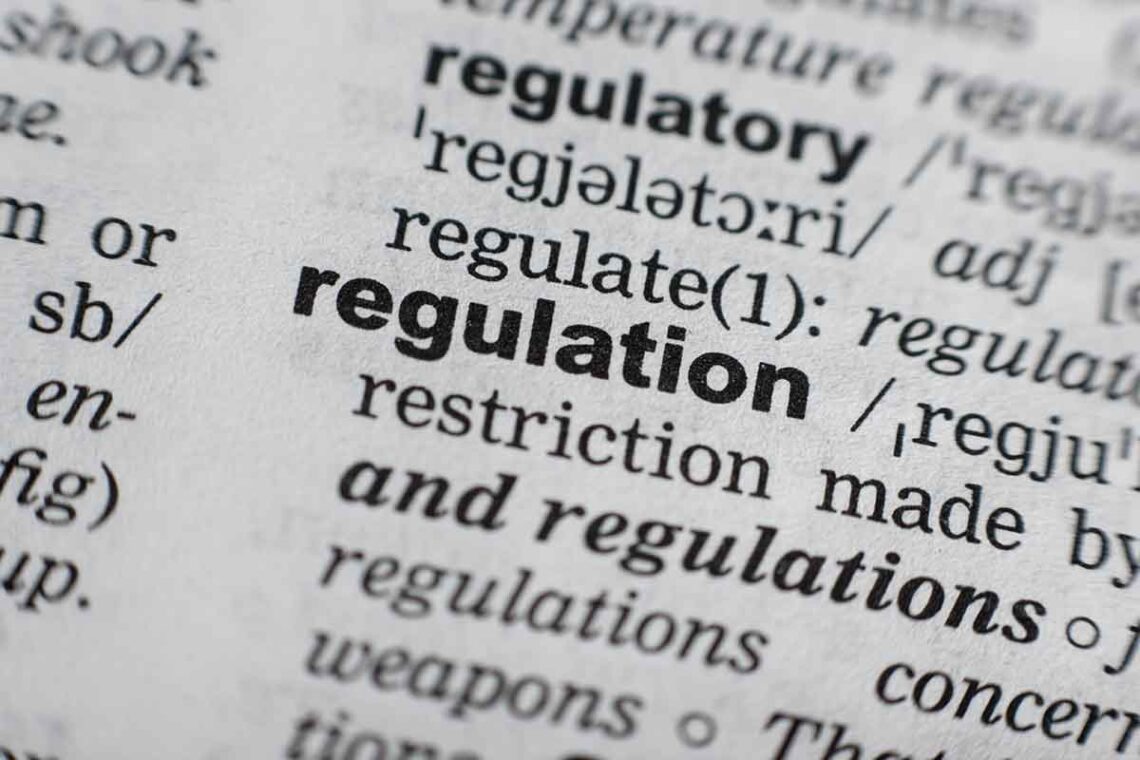 On 10 July 2022, the LA Times broke the story of Lilly Frost and her international surrogacy scheme. Unlike other surrogacy agencies, Surrogacy Beyond Borders offered IPs guaranteed parenthood for a flat fee, while preaching ‘ethical, transparent and quality surrogacy, affordable to couples all over the world.’ Claiming a whopping 60% discount on the usual cost of surrogacy, IPs were told their fees were going towards their realising their parenthood dreams. She recruited young, poor women in Mexico and claimed to pay them around $14,000 for the surrogacy, including expenses. Mexico’s surrogacy regulation was patchy, with only Tabasco regulating the process at the time. (In 2021, the Supreme Court of Mexico ruled against state-specific prohibitive stances on surrogacy. A new framework has since been instituted.)

Many surrogates received inadequate medical care, with these claims self-reported, described by the IPs, or the doctors providing treatment. Such care put surrogates’ health and wellbeing—as well as that of the fetus they were carrying—in serious risk. They were repeatedly lied to about their IPs and why they weren’t getting paid. The IPs were similarly lied to throughout, all while being extorted for more money in a surrogacy Ponzi scheme.

Reading through the harrowing exposé, it’s hard not to get frustrated with California’s reactive regulatory approach and question the lack of comprehensive regulation on the whole. This isn’t the first time something like this has happened. Back in 2006, whispers about fraudulent surrogacy agencies emerged. It wasn’t until 2009, when reporters began investigating Modesto-based SurroGenesis. A surrogacy and egg donation agency, that the Federal Bureau of Investigations (FBI) was involved. Following their joint investigation with the US Postal Service, it was revealed that Tonya Collins, the owner, had carried out a scheme using their affiliated escrow company to defraud IPs, surrogates, and financial institutions, embezzling over $3.5 million. Collins was indicted on wire fraud, mail fraud, bank fraud, and money laundering, and faced decades in prison and millions in fines. Within months, B Coming, another surrogacy agency, was similarly found to have defrauded its IPs and surrogates.

With looming class action lawsuits and ongoing FBI investigations, Senator Steven Bradford drafted a bill. His bill passed unanimously and was incorporated into the California Family Code; it required surrogacy brokers to deposit all surrogacy-related funds in an independent, bonded escrow account or a trust account maintained by an attorney.

Regulators were content with their solution. Then-respected reproductive law specialist Theresa Erickson was pleased as well. Through her surrogacy agency, Conceptual Options, she was able to continue creating her ‘inventory of unborn babies’—until 2011. Erickson, and her partners Hilary Neinman, another respected reproductive lawyer, and Carla Chambers, a midwife with a history of criminal-related surrogacy activity in New Zealand, had organised an international baby-selling scheme, defrauding IPs and surrogates by filing false documents with courts to obtain pre-birth parentage orders. (Pre-birth parentage orders allow the IPs to be recognised as the legal parents at birth in the US. Their continued legal recognition in a different country depends on that jurisdiction’s laws.)

Chambers and Neiman recruited women to act as surrogates for up to $45,000; these women would then travel to Ukraine to be implanted with donated sperm and eggs. Once they were in their second trimester, the trio posted online advertisements for IPs, claiming the previous IPs had backed out of the surrogacy and they could assume the contract. IPs were charged between $100,000-150,000 for each baby. Surrogates were paid between $38,000-40,000. Once the “new” IPs assumed the contract, Erickson filed fraudulent documents with the court, claiming the surrogacy arrangement had been in place prior to the pregnancy.

In the fallout, the California Legislature addressed the conflict of interest arising when the attorney maintaining the trust account acted on behalf of IPs and surrogates while also operating the surrogacy agency brokering their arrangements. The law around pre-birth parentage orders changed, with courts requiring pre-birth parentage orders to be filed where the baby is anticipated to be born, the county where the IPs reside, the county where the surrogate resides, the county where the assisted reproduction agreement for gestational carriers is executed, or the county where medical procedures pursuant to the agreement are to be performed. Surrogacy contracts had to meet certain formal criteria and be notarised prior to any medical treatment taking place. Specifically addressing the Erickson scandal, separate, independent legal counsel for surrogates and IPs are now required—despite the fact that one of Erickson’s co-conspirators was a fellow lawyer.

Fast-forward to now and the FBI investigation into Surrogacy Beyond Borders. In 2015, stories first emerged about the agency, with a Channel 4 documentary exposing their failures and exploitative practices. Surprisingly, there wasn’t as much legislative interest ignited compared with SurroGenesis, B Coming and Conceptual Options. In 2017, when Acharyya Rupak, the founder of Planet Hospital, was sentenced for his international racketeering and mismanagement of client funds, it emerged that Frost’s donor egg agency had close ties to Planet Hospital. Again, this did not raise any alarm bells. Whether the latest LA Times exposé and concurrent FBI investigation will be more fruitful remains to be seen.

The neoliberal ethos infusing every aspect of life in the US encourages people to become entrepreneurs of their lives. Anyone can start an agency or brokering firm; those with insider knowledge can do so better, given their ease in navigating the light-touch regulatory landscape in California. Erickson and Neinman were at a huge advantage in going about their scheme, using their reputation to assuage any alarm bells. Frost used her experience as an egg donor and claiming she helped found the Society for Ethics in Egg Donation and Surrogacy, a non-profit set up by various surrogacy agency owners aiming to promote fair treatment of surrogates and IPs to provide a personable and trustworthy front.

Frost’s cofounder, Geoff Moss, was Vice President of Corporate Affairs and Business Development at Planet Hospital; Moss claimed he had learned from his mistakes with Planet Hospital and pledged to run a ‘totally transparent’ service. Her Operations Director, Danielle Darrin, worked in a law firm specialising in child and family law, and despite not being qualified, held herself out as capable of keeping IPs well-informed throughout their journey. Frost’s ex-husband, Neal Markovitz, is a lawyer who acted on behalf of Surrogacy Beyond Borders and My Donor Cycle and, alongside Frost, was listed as a director of another surrogacy agency, Expecting Surrogacy.

There are many changes that need to be brought in to promote the safety and well-being of surrogates, IPs, and the children born through surrogacy. One change that is desperately needed is some level of standardisation or licensing for surrogacy brokers; this doesn’t seem likely without more widespread change. American courts have already recognised that these brokers owe a duty of care to surrogates and IPs. This clearly doesn’t go far enough and wouldn’t have the jurisdictional reach to stop these violations.

California adopts a laissez-faire attitude to commerce, with minimal regulation allowing the market to self-regulate, with this seen as promoting autonomy. Surrogacy is no exception, as the California approach to regulation has been guided by the same ethos as any business: caveat emptor, or buyer beware. The buyers, better known as the IPs, are assumed to make rational choices, and assume the risks involved. Arguably, it’s impossible to do so, when the stakes are so high and information is so limited—and even more importantly, this should absolutely not be the case with a practice that is neither good nor service.

Importantly though, these scandals should not be taken as reflective of surrogacy in California. Many incredibly reputable agencies have worked tirelessly to ensure the safety and wellbeing of those involved in surrogacy. Some, like the Centre for Surrogate Parenting, have even worked with the Legislature to bring in more regulation. Others have been pushing for standards to be brought in nationwide, creating voluntary professional bodies representing stakeholders across surrogacy; of particular note are SEEDS and Reproductive Alliance. Until this is remedied—and seriously—with regulation that has bite, the next big scandal has already been reported on, and it’s only a matter of time before media attention is drawn to it. A decade ago, Erickson commented on how the lack of regulation created opportunities for corruption and exploitation, calling herself “just the tip of the iceberg.”

While caveat emptor should not guide surrogacy, it is vital that all those who participate in surrogacy do their research and due diligence, choosing to work with reputable, trustworthy and ethical organisations, regardless of which side of the Atlantic. Department of Health and Social Care (DHSC), endorses four surrogacy non-profits in the UK (COTS, Surrogacy UK, Brilliant Beginnings, and My Surrogacy Journey). Empirical research involving surrogates reveal the important safeguarding role these NPOs play, by setting minimum requirements through suitability checks, information sessions, screening, membership advisors during the agreement process, counselling, etc, all aimed at ensuring safe surrogacy. Surrogacy is an incredible practice for all involved—when conducted safely and ethically, accounting for the autonomy, health, and wellbeing of all involved—and third party involvement can provide the necessary environment for these relationships to flourish. 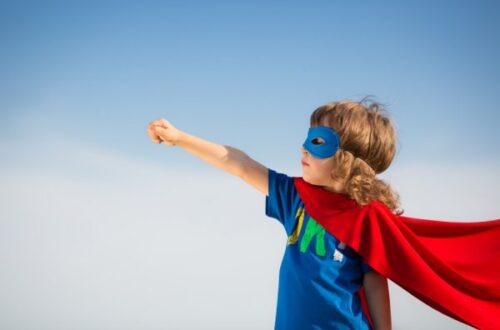 What is your superpower? 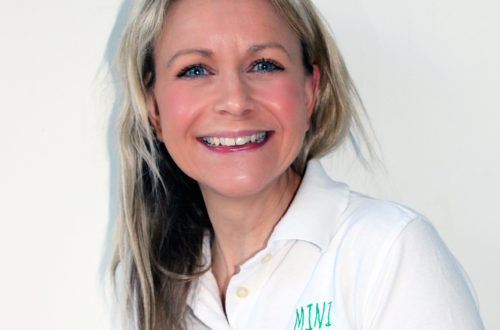