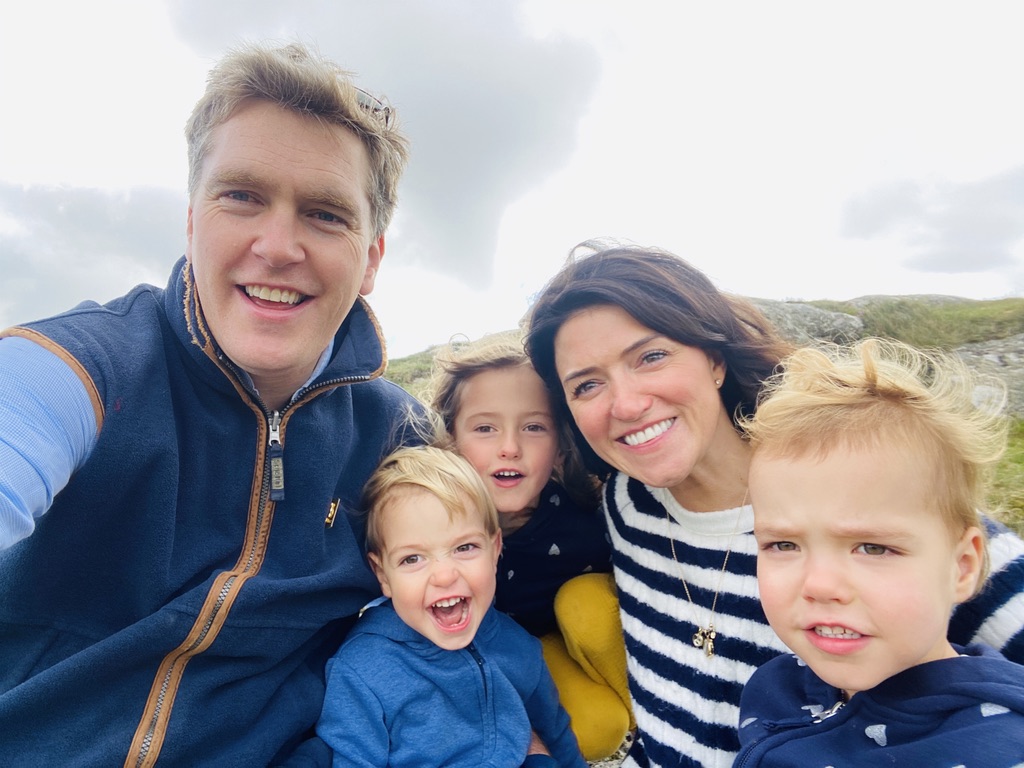 We have three children, Isla, 6, was born in India and our two year old twins, Olive and Art, were born in California.  Life in our house is hectic, noisy, messy and wonderful.  I still pinch myself every single day that we have Isla, Olive and Art. That we were fortunate enough to have found two remarkable women to help us create our family feels like a miracle.  Surrogacy reminds me everyday how good people can be.

Our journey to surrogacy

After Ed and I got married, we started trying for a baby straight away and three months later, I was pregnant. We were thrilled, but at eight weeks I had a ‘missed miscarriage’. The pregnancy was over but my body hadn’t got rid of it, so I had to have a ‘dilation and curettage’ (D&C) to remove tissue from the uterus. The D&C didn’t work, so they had to do it again. We were told we could try again as soon as we felt ready and, the next month, I was pregnant.

We couldn’t believe how lucky we were, but I had another miscarriage at eight weeks followed by the same operation. A few months after the miscarriages and D&Cs, I knew something was not right because my periods never returned and I was in a lot of pain. I was diagnosed with Asherman’s syndrome – adhesions or scarring in the womb – which was caused by the scraping process of the D&Cs.

Finding out about the surrogacy process

I’d never met anyone or even heard of anyone who had done surrogacy (I mean in real life…people quoting Kim Kardashian at me did not help!).  I threw myself into research – online, talking to various charities and organisations, trying to find other people who had had children through surrogacy.  What became clear very quickly is that surrogacy is a complicated process – legally, financially, medically and emotionally.  There was no one place where we could go for all the information but more challenging than that was that it all felt like something that could only be discussed in hushed voices.

After researching all the options in the UK, we started looking abroad because of the uncertainty around how long it would take to find a surrogate in the UK – we were told a minimum of 12 months, but possibly much longer.  I was 34 at the time so doctors were telling me, ‘You’re getting older.’ After the years of infertility we had already been through, it felt like a holding pattern and, after everything, we couldn’t handle that.

International Surrogacy – how did we start?

Again after a lot of online research and in speaking to lawyers, we decided that there were only two places where the process was well established: the US and India. At the time, the US was out of the question because the costs were so high, so we researched India. While I was incredibly comfortable with the idea of surrogacy, I had read both positive and negative press about surrogacy in India, so we thoroughly researched it ourselves. We spoke to couples who had done it and then went to India. We visited ten clinics in three cities and spoke to charities before finding a doctor and charity in Delhi that were doing amazing work in terms of empowering women to make the decision about surrogacy themselves and then supporting those women.

How did the process work?

We were matched with a surrogate and introduced via Skype, using a translator. We started the IVF stimulation process in the UK, then flew out to India, where my eggs were collected, the embryos created and transferred to our surrogate. Before the transfer, we met our surrogate, Chaphala, in person. I remember how nervous we both were, but we started chatting and it felt right. We talked about her two children, and Ed and my desire to build our own family. Two embryos were transferred, and one took.

Communication about the actual pregnancy was through the doctor but we got videos and pictures along the way from Chaphala.  The pregnancy was uncomplicated and at 37 weeks we went to Delhi to be there for Chaphala’s final scans and appointments and then of course to be there for the birth. Isla was born and we were waiting in a room next door. She was brought through and placed in our arms. We couldn’t believe it – it was magical.  After Isla was born we had to stay in Delhi for six months waiting for a UK passport to bring her home.  Delhi is not an easy place to live, let alone with your first baby, but we were finally a family.

Given how how hard it was to have Isla, I always thought that we might stop at one child but very soon after she was born, both Ed and I agreed that we wanted siblings for her.  By then, India had closed surrogacy to foreigners and the matching time in the UK was longer than ever.

It was then that we decided the US was the right option for us and so pooled everything we had.  In the US, you need  an IVF clinic, a Surrogacy Agency and an attorney. We were recommended a wonderful IVF clinic in San Diego and so also looked at Surrogacy Agencies in that area as well.  Through our agency, I spoke to a number of women but when I first met Holly, I knew she was the one.

You can’t tell from one phone call if someone is perfect, but I knew I liked her, her husband joined the call and  was supportive, and her children knew – for them it was a family affair.  Holly is an intelligent who is passionate about family.  She loves being pregnant and told me that she could never shake the feeling of needing to help other people build their families when it is so easy for her to carry a pregnancy. She had a large support network of friends and family.  Given how far apart we were, that support network was really important to me.  Thankfully she felt the same about us and six months after our first meeting, and completing all the necessary legal steps, our embryos were transferred to Holly.

People often talk about the two week IVF wait, from transfer to the blood test to find out if you are pregnant.  It is very hard, and with surrogacy, you have two couples waiting on that result and your friends and family who are also waiting.  Day of the test result, the email came through to me and Holly – congratulations we are pregnant!  A few more blood tests all of which were looking very positive and  then at eight weeks we had our  first scan, two babies and two heartbeats!

My pregnancy with the twins was very different to that with Isla.  Having Isla had taught me that motherhood is not whether you carry your child or not.  It is about being there everyday for your child, doing the best I can everyday and the love and devotion I lavish upon her.  With the twins I didn’t carry any guilt that I couldn’t carry them, I didn’t feel conspicuous without a bump.   Communications meant that Holly and I would WhatsApp most days, just a short message to tell me how she was feeling and how the babies were kicking.  For scans and doctors appointments, I would join via video so that we could talk to the doctor together and I could hear the heartbeats.

Holly and I came up with the birth plan: it was going to be me and Holly together with Ed and Isla waiting in one room, and her husband and children waiting in another. Then, at 34 weeks, Holly went into labour. I got a call at 10pm from a doctor saying, ‘I don’t want to alarm you but we’re doing a C-section in 20 minutes.’ I managed to get a flight and got to the babies about 18 hours after they were born. It wasn’t the birth plan we wanted, but both the babies and Holly were healthy, and for that we are forever grateful.

As a family of five, we stayed in San Diego for two months. Although surrogacy is a well-trodden path in California, the paperwork is still complicated, from agreeing the medical insurance to applying for American passports. This time also gave us the opportunity to spend time with Holly and her family. We all felt it was important for her children to see us with the babies, the family they created, and appreciate the magnitude of what their mother had done.

Talking to Isla, Olive and Art about their birth story

We have talked to the children about their birth stories since before they could even understand them and will continue to do so proudly, consistently and repeatedly. They all know that my tummy is broken, so two other mummies helped us by growing them in their tummies.   The most important thing they know, it that it took a lot of love to bring them into the world.

What do I wish I’d known about surrogacy before we started the process?

Wherever you do surrogacy there are, and must should be, so many different parties involved – doctors, counsellors, agencies, lawyers, insurance companies – but there is nowhere to go for everything. I wish there had been more transparency and that I’d had someone to talk to. We did find people – the most helpful were people who had done it before – but we had to put a lot of work into finding them, at a time when I was going through so much physically and emotionally. As anyone who has been through IVF knows, it can be a brutal and expensive process. The stress and cost of surrogacy on top of that can make it feel like an insurmountable prospect.

We got to our three children in the end but I do look back on the process and sometimes wonder how.  Because of the lack of transparency and reliable information, we felt very lost at times.  It is for this reason that I feel so proud to be a part of My Surrogacy Journey.  I know that if MSJ had been around when we were building our family, it would have saved us time, money and heartache. 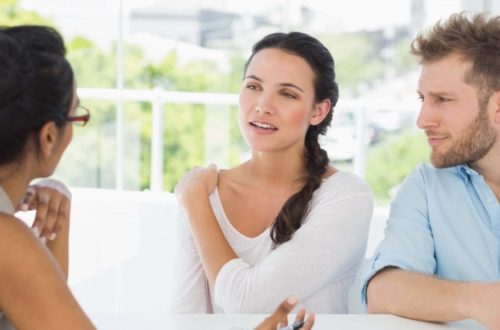 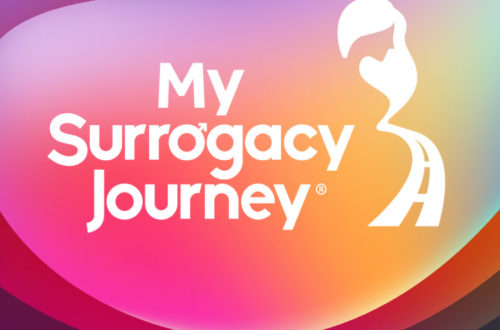 This is the Beginning of your surrogacy journey